The $1,000 CPB-Lahaina Branch Scholarship began in 2009, through the efforts of senior vice-president Alvin Imada and branch manager Issac Pena-Parrilla.

The $500 Bonnie Ann Fijal Memorial Scholarship was introduced in 2017.

The E.A. Gabbay, MD Memorial Scholarship was created in memory of E. Albert Gabbay, M.D., a prominent obstetrician and gynecologist from Baltimore, Maryland.  The purpose of this scholarship is to encourage students of Lahainaluna High School to continue their education beyond high school and to assist with their financial needs.  The $1,000 scholarship began in 2013 and is funded by Dr. Gabbay's daughter, Suzanne. 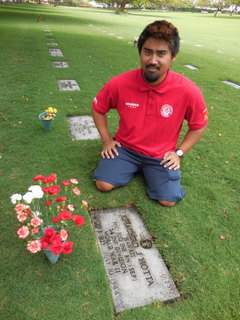 The  Kihachiro J Hotta Memorial Scholarship was established in 2001 with gifts from Shoma and Elsa Hotta and E. J. & L. Corporation. The purpose of the scholarship was to encourage students, with preference to Boarders, to continue their education at a four-year college or university. In the selection process, consideration is given to financial need and good character. The Hotta Scholarship was established to honor Shoma's brother, a member of the 44n2nd, who was killed in action on July 10, 1944. The Hotta has awarded up to $2,000 in certain years.

Pictured at the grave of Kihachiro J Hotta, is the 2015 recipient, Ken Brito. 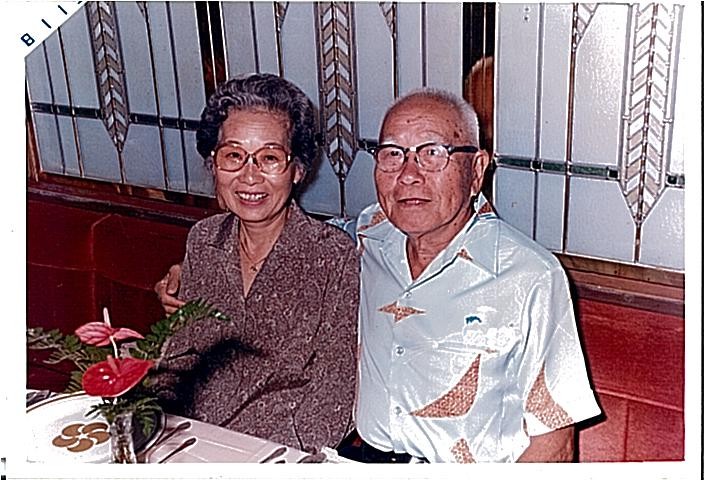 The Shigeru & Toyoko Ichiki Endowed Scholarship was established in 2007 by a bequest from the late Albert Ichiki, Class of 1954, in honor of his parents, Shigeru and Toyoko Ichiki. Albert Ichiki funded an endowment which is managed by the Hawaii Community Foundation and is administered by the Foundation. This awards of this renewable scholarship can vary from year to year, depending upon the performance of the fund's portfolio. In recent years, the award has reached $10,000 per student.

Mr Ichiki's stated wish was to "help and assist a worthy Lahainaluna student who has displayed academic effort, good work ethics, and character, in the last one or two years of high school:"most notably in the senior year." This scholarship gives preference to late "intellectual" bloomers ad for those who are probably not eligible for assistance by other scholarships.

The Fred Izumi '52 Legacy Scholarship began in 2006 and awarded $2,000 to graduating seniors at LHS. The scholarship was made possible through a 10 year annuity donated by Fred Izumi ('52). The final Izumi award was made in 2016. 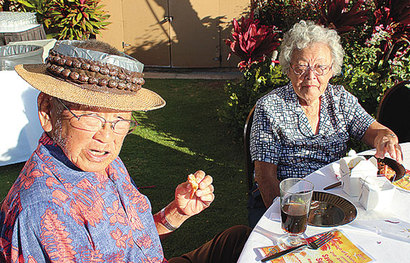 Sammy Kadotani (1923 - 2015), the man with the straw hat, the man on the bike, the brick man, and the unofficial mayor of Lahaina, was a lifelong resident of West Maui and a graduate of Lahainaluna High School.  Sammy was a selfless and dedicated volunteer in the Lahaina community, having served our town in various ways over the years.  From large projects and fundraisers, small favors for neighbors, friends, and strangers alike, and everything in between, you could always count on Uncle Sammy.  His generosity of time, spirit, and aloha were matched only by his humility. There is no better way to honor Sammy's legacy than to give back to our community by donating our time, services, and resources to our local schools, organizations, churches, neighbors, and those in need. 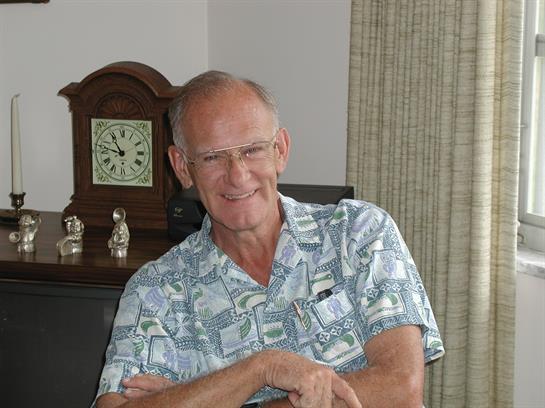 Brian Kelly was the LHS Band Director for 30 years and a founding member of the Lahainaluna High School Foundation. The scholarship has been endowed by Glenn & May Tansley, but is dependent upon additional gifts to increase the award amount.

Brian was born in Detroit, Michigan on the 19th of May in 1945 and died in
Dunedin, Florida on January 23, 2019. He is survived by his beloved foster
son Yew Teck (William) Tan of Schenectady, NY, his sister Jean A. Hurchalla and her husband George of Palmyra, VA, nephews David and Jeffrey, and niece Elizabeth.

Honors Received:
• Outstanding Music Student for two years in high school
• Outstanding Music Student at University of Hawaii
• Included in Who's Who Among America's Teachers, 1992
• American Hall of Fame Director's Award
• John Philip Sousa Foundation - Laureate for the Legion of Honor Award, 1993
• Sudler Order of Merit of the John Philip Sousa Foundation in recognition of
many special contributions to the excellence of bands and band music, 1993
• Volunteer Center of Maui County - “Hale Lima ‘Akau” County Council of Maui 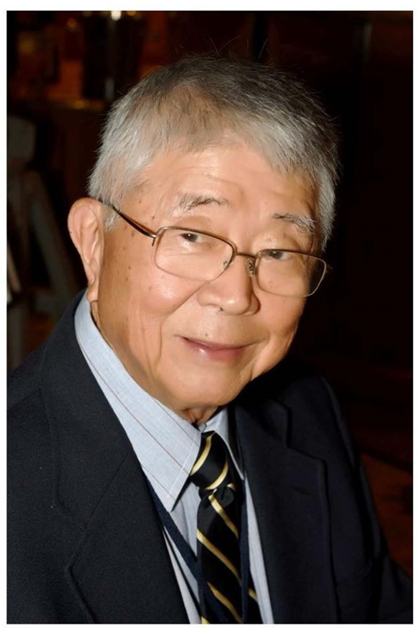 The $1,000 Andy Kutsunai & Dr. James Kumagai, PhD, Teacher Scholarship began in 2006 and is awarded to a teacher who is continuing their education. The scholarship is made possible by Dr. Kumagai, a 1952 graduate.

The Matsue and the late Hisao Fujii Teacher Recognition Award

The $1,000 Fujii Teacher Recognition Award was established in 2011 and recognizes a teacher who not only has exceptional teaching skills but one who has been an inspiration to students to better themselves as productive members of society. The award is made possible through donations made by Wallace Fujii ('54)

The $1,000  Ka'anapali Land Management Scholarship has been awarded since 2009.

The Lahaina Fish Co Restaurant held its inaugural award in 2016.


The construction and completion of the iconic school sign that greets everyone who comes to Lahainaluna High School is one such service project.  The sign was dedicated in 1966, followed by the installation of the torch, next to the sign.  On the 50th anniversary of the insulation in 2016, the base was painted red.


This scholarship will honor Mr. James N Martin and his 30 years of teaching by encouraging students at Lahainaluna High School to continue their education beyond high school, and to assist with their financial needs. May the ever-burning torch of education continue to grow after you leave Lahainaluna.

The Mint Green House Scholarship was a newcomer to the 2015 award cycle. The scholarship made a $500 available to a senior continuing their education in Health Services, Business Administration, Aviation & Air Traffic Control, or Second Language Studies. The scholarship is funded by four graduates; Eileen Joy Domingo ('05), Princess Karen Galano ('09), Jasmine Domingo ('12), and Daniel Galano ('13). In 2016, the award grew to $750. 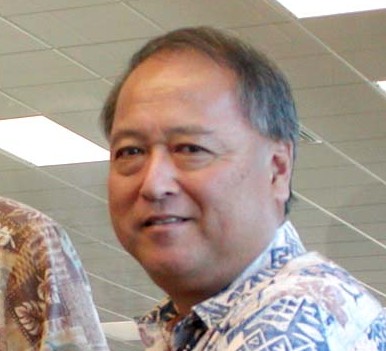 The Karen Ancheta Pruitt Scholarship was created in 2015 and awarded (2) $1,000 scholarships to female seniors who were pursuing a career in the arts (graphic, animation, media, web design), engineering, math, science, or other technology fields. Karen is a 1997 alumni of Lahainaluna and attended George Washington University in Washington, D.C. Karen was the original web designer for the Foundation's first website. The scholarship was not awarded after 2015.

The Roy & Betty Sakamoto Renewable Scholarship was created in 2011 by Maui realtors Roy (Class of 1960) and his wife Betty. The scholarship is intended to assist students that have financial need and who may not have a stellar GPA.

Click here to view a letter of gratitude from one of the scholarship recipients.

The Alfredo Sarian Memorial Scholarship was created in 2008 and has awarded $1,000 to a Lahainaluna graduate who plans to study agriculture, land management, or a related field of study every year. Alfredo "Fred" Pingkian Sarian died in December 18,2008, in Olowalu, at the age of 63. He was a wonderful father, friend, husband and uncle.

The Tadashi Sato Memorial Scholarship was created in 2007 and awards a $1,000 scholarship to a senior who is planning on majoring in art, music, or related field. Tadashi graduated from Lahainaluna High School in 1942 and was a renowned artist. His scholarship is funded by his daughter and family members. The scholarship has been inactive since 2014.

This $1,000, renewable scholarship was established in 2017 by Rob and Louisa (van der Linden, LHS1973) Shelton as another way to “pay it forward” by providing financial support to aid graduates of Lahainaluna who are continuing their education.  Born & raised in Lahaina by parents who chose to make Maui their home in 1948, Louisa thanks her alma mater for providing her with a solid education as it did also for Rob & Louisa’s children (Jeff 1999, and Kelvie, 2002).

Rob has been involved with the Lahainaluna High School Foundation, which he joined at its inception in 2000, serving as president for 12 years. The Sheltons met while attending University of Washington where they both graduated with Business Administration degrees, and have held positions within the Maui visitor industry.

This scholarship is open to all seniors to apply, with a preference that the student has some experience in the performing/creative arts (music, dance, theater/stage) and who is pursuing studies in business, visitor industry, or the arts.

The H & K Takenaga Legacy Scholarship began in 2010 and was created to honor the memory of Phoebe Toshikiyo Takenaga, Class of 1960. Phoebe attended Central WA College, where she graduated with honors in 3 years. She pursued her love of education and taught at Home Gardens Elementary School for 35 years.The scholarship was named after the parents of Phoebe's husband, Eugene.

The Phoebe Toshikiyo Takenaga Memorial Scholarship was created in rememberance of Phoebe. Phoebe was born on Nov. 22, 1942 in Lahaina, Hawaii to Tadao and Chiyoko Toshikiyo. She graduated from Lahainaluna High School in 1960, and then left for the mainland to attend Central WA College. Always the scholar, she graduated in just 3 years with honors. She moved to Riverside where she met the love of her life. She pursued a career in education at Home Gardens Elem. in Corona for 35 years. Throughout her teaching, she touched many lives and has left a lasting legacy. Together with her family and friends Phoebe traveled extensively. She walked the Great Wall, rode gondolas in Venice and rode elephants in Thailand. Always the lifelong teacher, she often visited schools when she traveled. Of all her accomplishments, Phoebe's greatest achievements have been in the lives of her family and friends. 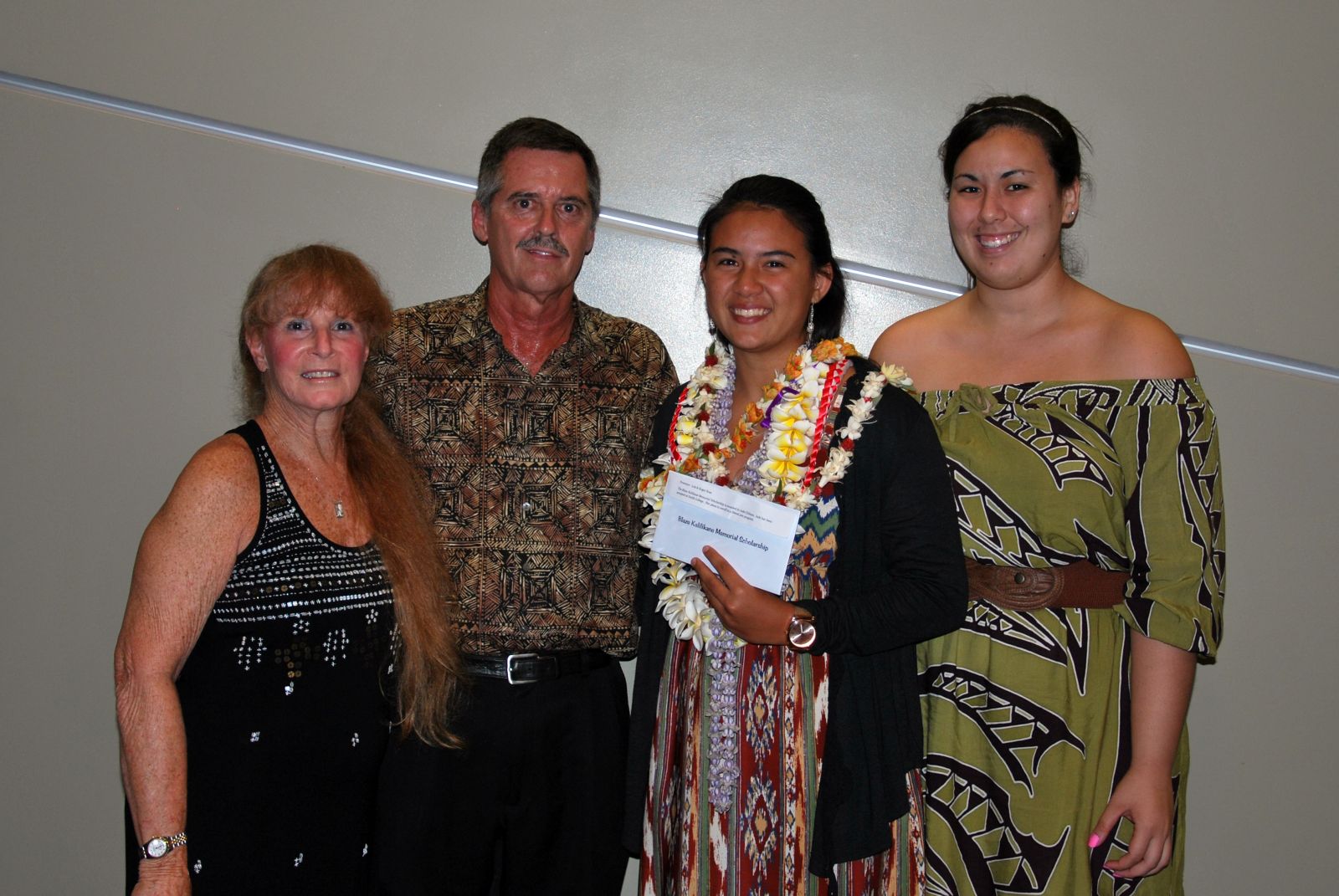 This scholarship was established though donations from the owners of The Masters at Ka'anapali Hillside and Blaze's family, to, provide a memorial for Blaze, a 2009 LHS graduate and dedicated employee of the The Masters. Blaze died  at the age of 20 in an automobile accident in Olowalu, on December 19, 2012.

There are four restaurants on the West Side that are members of the TS family, Kimo's, Duke's Beach House, Leilani's, and Hula Grill.

Each restaurant has been providing a $1,000 scholarship to LHS grads since 2009. TS Restaurants were named the 2016 Legends of Lahainaluna Business Catagory award winner, due to their many years of community philanthropy.